I just got an Android tablet or Phone – does it need security? 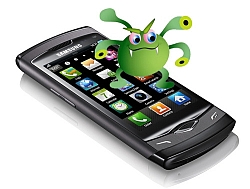 I just got an Android tablet or Phone – does it need security?

As I write this, I’m basking in the post-Christmas, Boxing day glow of too much food, over-load of family and the inevitable cleanup.

I’m scrolling through various facebook updates & I see an increasing number of people expressing their excitement at receipt of, and posting their first facebook update via their newly aquired tablet…Mostly Android based.

Now, there is a thought I would like to pose, which I am sure hasn’t even passed through their minds yet… did Santa drop some security in the stocking with the device?

Perhaps this is even a question that you, the reader, have asked.

The idea of computer security is one that been repeated for at least 20 years now – and rightly so. It is now completely natural for us to expect some form of security to bundled with our new PC or laptop, and it is finally becoming normal for people with Apple Computers to ask for security software as well. But what about our phones and tablets?? No need right? … Afraid not.

IDC recently estimated laptop sales to increase by 31% over the next 4 years. Tablet sales, in the same period outstrip Laptop sales growth at 131%… what does this mean? Tablets, especially Android devices just become a lot more interesting to the bad guys. And according to numbers coming out of the research labs at Trend Micro, Android devices in particular have been gaining interest for a couple of years now.

Allow me to run a few stats by you.

In 2010 there were around 40 Android targetted threats. By the end of 2011 there were around 1000.
In 2012, the bad guys got busy…
In the first 3 months of 2012 – 5000 New Malicious Apps were detected.
malapps – not sure if anyone has used this term yet, but I’ll happily take credit for coining the term!
In 1 month between April & June 10,000 NEW malapps were found.
The predicted count for the end of 2012 is just under 130,000.
That is an increase of nearly 13,000% over just 12 months!!!!
The majority of these malapps are known as Premium Service Abusers – this is where phone users are subscribed to paid services without their knowledge or authorisation.

Other Malapp categories include Ad-ware, Data stealers and spying tools.

I find the idea of Spyware on a mobile device (which contains GPS, gyroscopes, camera’s and access to our complete address book) particularly disturbing. On a PC, spyware would simply wait for us to log in to a secure website, and steal our password, and hopefully gain access to bank accounts.

Now the spyware can tell the bad guy where you are at any given time, what you look like via the camera and photo gallery, who you have as friends and acquaintances. With many smartphone users also utilising Banking and other similar apps which access our most private details, guess what? The bad guys will also have access to this.

The common methods of infiltration to your phone or tablet is by mimicking some other well-known branded app. For example, in November of this year a number of Fake Apple apps appeared in the Google Play store for a very short period of time. – posing as Garage Band, Keynote, iPhoto and others.

Please note here… I am talking about phones as well as tablets… phones are just as powerful, and in some cases more powerful than their tablet equivalents. Both run on basically the same android platform, both have all the same physical capabilities, GPS etc etc.

People, the bottom line here is that every device you own requires security. Yes, even iPhone and iPads are vulnerable to “man-in-the-middle” attacks when you are accessing websites which are meant to be secure.

Android is the dominant force right now in mobile computing. It has garnered the interests of the bad-guys in a big way. Now is time to act.

If you are anything like me, your phone rarely leaves your side. Your personal security, privacy, and identity are on the line. Protect your devices like you would protect your own family – because your device is usually the recording device for your families daily activities.