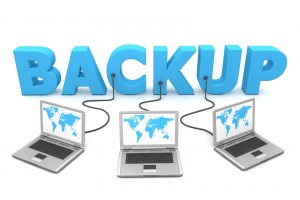 These are the sounds most often heard after a loss of data, either through accidental deletion, or a hardware failure…

That is, unless you have an effective data backup strategy in place.

It used to be that backups were only for corporations, banks, and other businesses.
This is definitely not the case any more. In truth, it has not been the case for many many years.

My first experience with backups was in the early 90’s using a pile of 5¼-inch floppy disks to back up a 40Mb hard drive. Each disk with a capacity of around 1mb. An arduous process to say the least.

Put in terms of today’s storage devices, a common size for a USB key, or an SD Card (the one that goes into your camera) is around 16 Gigabytes. This is the equivalent of a little over 16,000 of the old floppy disks or around 400 of my big heavy, clunky & unreliable hard drives.

The common size for a Hard Drive these days is around 1 Terabyte – this is 1024 Gigabytes – or 64 of those USB keys… and a touch over a million of those floppy disks that I was using back in the 90’s!

OK, enough with the numbers already!!!
Let’s just say there is a LOT of storage out there – and following Parkinson’s law The amount of data in the world will always rise to correlate with the amount of available storage.

So, what’s my point? Well, I expect that in both your personal and business lives, you have become much more reliant on your computers, and on technology in general. Notepad and pen are becoming increasingly irrelevant in the face of tablet technology.
The concept of the paperless office moves 99% of personal data, bills and other documents previously stored in physical filing cabinets to digital formats.
Perhaps most significantly, film cameras and photos have been made obsolete by Digital Cameras and Smart Phones.

10 years ago… what was the number 1 item a person would return to a burning house to save?? Their photo albums. Ask the same question now? It’s their mobile phone and laptop.

Our digital life is now something that we would risk our physical lives to save!

For this reason, backups in one form or another are, in my mind, a mandatory component of owning a computer – and yes, this includes smart phones and tablets.

Modern tradition, unlike my 90’s version, has the method of backing up as being stored on a hard drive, either internal or external to your personal computer. There are a number of applications to perform this action, and this is still a very smart and necessary action item. 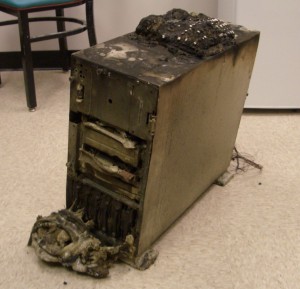 If you want to get really fancy with this, you can then take multiple backups, and store them “off-site” (at a friends place) so that in the event your place burns down… it is unlikely your friends place will also burn down, and so your data is saved.

This brings me to the strange new world of Cloud Storage. Of course, all this assumes that the hard drive you are backing up to is, itself, a reliable storage medium.

What is Cloud Storage? This is, in simple terms, a bunch of REALLY REALLY REALLY big hard drives in the “sky” which many people have access to.

Cloud based storage is offered by many companies to effectively Synchronise your important data from your many devices to the Cloud. This includes tablets, smart phones, PC’s and Macs. This way, as soon as a photo is taken on your phone, or a file created on your computer, it is immediately copied over the internet to your Cloud storage container.

Like traditional backup companies, there are many players in the Cloud storage market ready to service your backup requirements.

You may be thinking, ‘Well, now that I have Cloud based backup, why do I need a physical backup?’. This is a great question.

I personally utilise both at the same time. Why do I do this? Here are a couple of reasons.

Cloud storage comes at a cost. Usually a monthly, or annual subscription. The price varies from company to company, but the result is well worth parting with a few dollars. A good Cloud storage provider will have many forms of data security and hardware duplication in place to ensure that even if their system fails, your data will still be safe.

Traditional backup (eg internal & external hard drive) also comes with financial outlay. However, once you have purchased the software and the hardware, there are no other ongoing costs for the lifetime of the software and hardware.

In the event you experience a catastrophic system failure, a traditional backup is much more convenient than a cloud based system.

The issues with traditional backups are that it may not be as up to date with your most recent and important files and photos. Additionally, the hard drive you are using for your traditional backup may also fail when you need it the most. 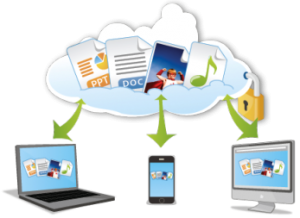 In the event the traditional backup fails when the system has died, I can do a manual rebuild of my system, using the data from the Cloud storage system (although it’s not as convenient).

So there you go. Backups, the thing you never thought you really needed because it only happens to other people, are vital as we become increasingly dependant on our technological devices. The need to keep thorough back ups of our important data has increased to the point where it is just as important as security of data.