Apple, a bigger target than most think

I have maintained for many years, the message that Apple has historically touted of being a “virus free platform” is not true.  As Jennifer LeClaire of Newfactor reports here, “Apple has enough market share to be a viable target for attack.”  This has been true for some time now. However it is becoming apparent that the long publicised “virus free” message has bred complacency into the growing population of Mac users, and I believe the potential for the downfall of the mac computer platform. 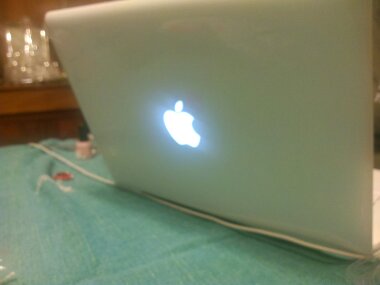 While it’s true the Mac platform has not experienced the level of attacks that it’s counterpart in Microsoft has dealt with over the past 20+ years, this is NOT a result of the invulnerability and inherent security of the Mac platform. It is simply due to the fact that Mac has not been popular enough to warrant investment of time and money to creating malicious software (malware) by the bad guys.  The bad guys are also running a business (albeit criminal), and they need to have a positive return on their investment, like any other legitimate company.

This thought that Mac is not worth the effort to attack is obviously changing.  Malware writers are becoming increasingly interested in the platform, and ironically, it is in part a result of the “virus-free” message that was promoted to all it’s users for so many years.  Mac user complacency means that in most cases, patches do not get updated, security software is not even considered, and even a simple security practice like password maintenance is not followed.

So, by promoting a “virus free” environment, Apple have in actual fact made their users more vulnerable.

Are you a mac user?
Have you got any security software on your mac?
Do you know when you last performed any updates on your mac?
If the answer to any of these questions is ‘No’, it’s probably about time you did.
If you need some help doing this, give me a call.